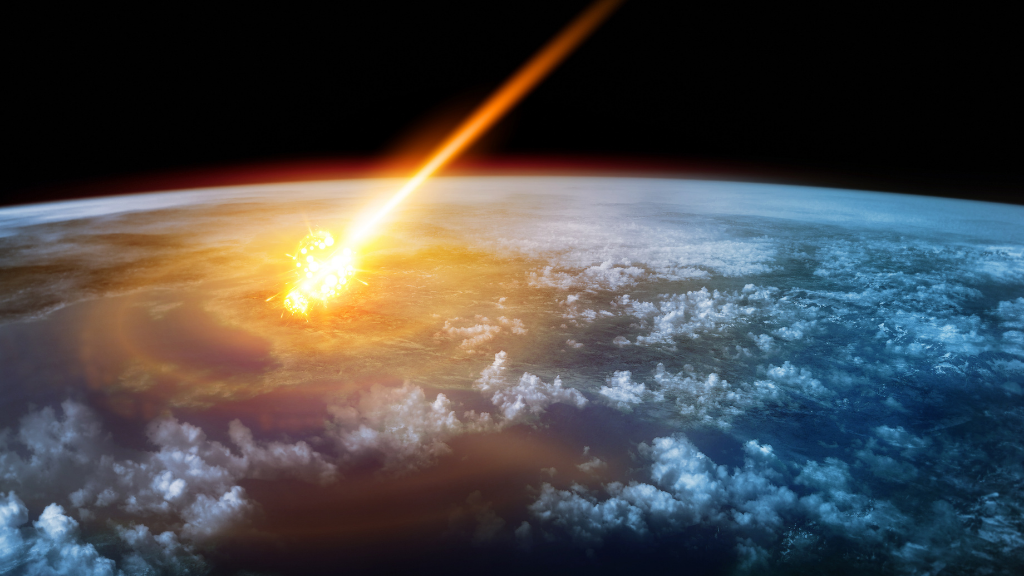 The National Weather Service announced that the loud boom and shaking ground reported Saturday, January 1, 2022,  by people across suburban Pittsburgh was probably caused by an exploding meteor.

Experts suggest that the meteor event happened while falling through the atmosphere.  Exploding meteors, also called airbursts, are a kind of cosmic traffic accident when a larger piece of space rock collides with the Earth’s atmosphere and explodes.

Every year, the Earth is hit by about 6100 meteors large enough to reach the ground. That’s about 17 every day. The vast majority fall unnoticed, in uninhabited areas.

However, there are roughly 180 known impact craters (caused by  meteors, asteroids and comets) worldwide and  a third of them—including some of the biggest—are located in North America.

The earth is pelted with 40 tons of space debris a year. Most of that is in teeny dust particles. To do real damage, a meteor usually has to be bigger than a Volkswagen when it enters the atmosphere.

So what happens if your business or personal property is hit by a meteor, asteroid of comet?

Falling objects, including satellites, asteroids, meteors and space debris are covered by standard homeowners and business insurance policies. These policies would cover the damage that the falling object causes to your home or business. If your property, equipment or other objects are damaged, your policy should cover that too.

What about your personal or company car? If a meteor damages your vehicle, you will be covered under the optional comprehensive portion of an auto insurance policy.  If space debris causes an auto accident, the liability portion of the policy would cover medical expenses or related lawsuits.

But what if a meteor hits one of your employees, at your place of business? Medical expenses would be paid for under health insurance. And in the very unlikely event of a death,  a life insurance policy would ensure you’re covered.

Are your ready to review your policy or are you in need of new or additional coverage? Let our team go to work for you. 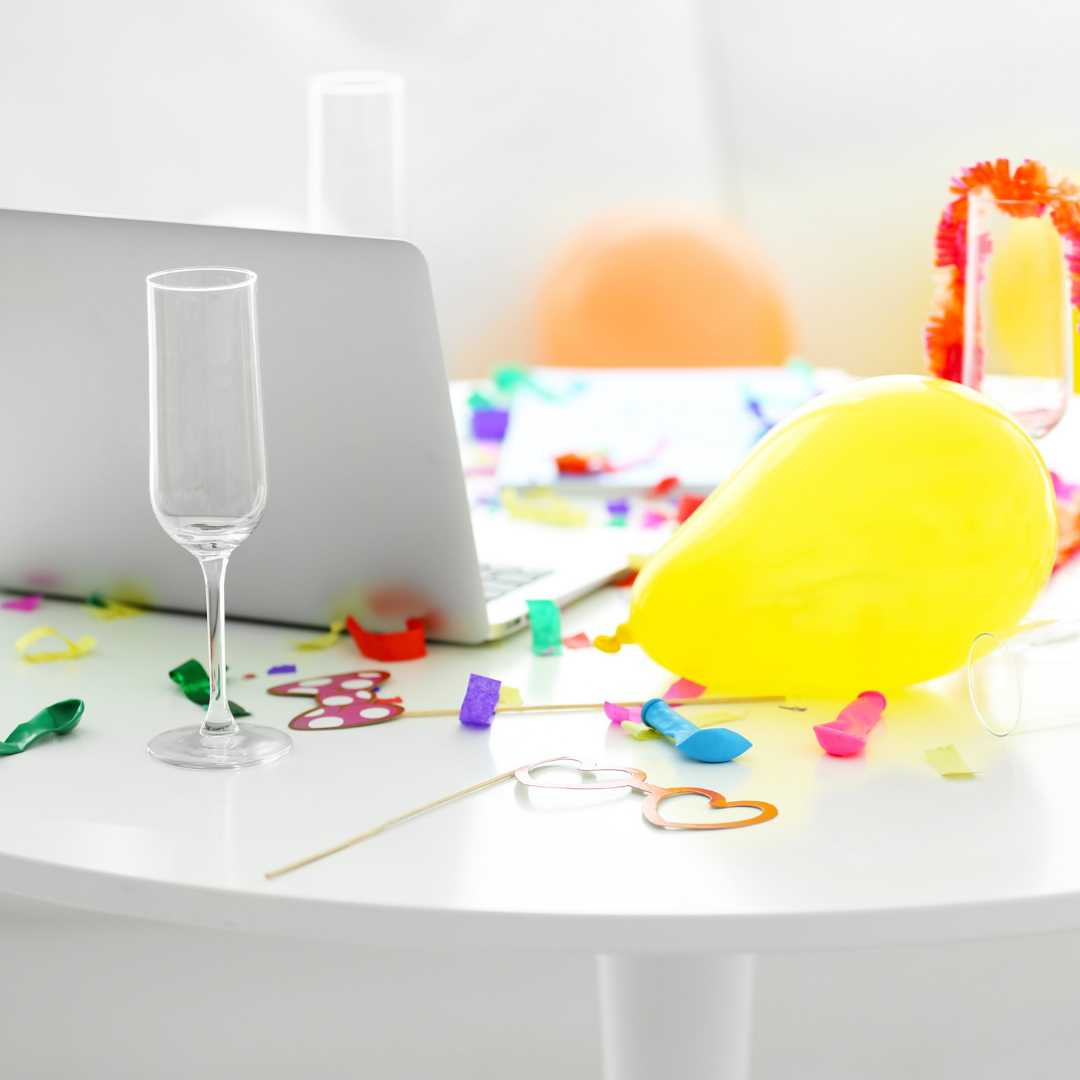 Thanks to the pandemic, you were forced to cancel the holiday party at your office last year. But because your company has come to grips with how to navigate around COVID-19, your company holiday party has been given the green light. Your employees always look forward to the event and you welcome the opportunity show your gratitude, by ensuring the affair is upscale and entertaining. You’ve decided to hold the event at your corporate office, and your employees from around the nation are looking forward to flying in.

Although the focus will be on the merriment of the holidays, it’s also important to make sure you that have the coverage you require to protect your business.

Your general liability insurance will cover most issues. However, you should make sure you speak to your Enscoe Long insurance agent, to assess any additional areas where you may be left vulnerable.

Have you considered what type of coverage you may need if one of your employees injures themselves, while decorating the office or by simply attending the party? Talk to your Enscoe Long insurance agent about this issue.  Your agent will help you understand the complexity of workplace injuries at the office vs. a company sponsored event at restaurant, hotel, or banquet hall, etc.  If you do decide to host your party at a restaurant, this allows you to share the liability with the restaurant or hotel—although you may still be liable in many cases.

If you are going to be serving alcohol at the party, you could need additional coverage. This coverage could be an add-on to your general liability insurance. You may also want to consider special event insurance that specifically covers alcohol related issues. It’s also important to note that special event insurance also includes coverage for the cost of the party,  if the event has to be canceled due to weather or other circumstances beyond your control.

But what about a sexual harassment claim? You would hope that it would never happen at your company, but it’s your job to make sure you have protected your business from any threat, no matter how distasteful.

The best way to avoid a holiday party incident is to set your expectations ahead of time. Make sure you communicate those expectations to your employees via the holiday invitation, an email or a company newsletter.

Things you may want to consider:

The best way to ensure a safe, fun and relaxing holiday party is through careful thought and preparation. The Enscoe Long team will be there to give you the peace of mind you need, so you can enjoy the party too. To get started, drop us an email and we’ll make sure you have everything you need to protect what matters most. Happy Holidays!

We use cookies on our website to give you the most relevant experience by remembering your preferences and repeat visits. By clicking “Accept All”, you consent to the use of ALL the cookies. However, you may visit "Cookie Settings" to provide a controlled consent.
Cookie SettingsAccept All
Manage consent

This website uses cookies to improve your experience while you navigate through the website. Out of these, the cookies that are categorized as necessary are stored on your browser as they are essential for the working of basic functionalities of the website. We also use third-party cookies that help us analyze and understand how you use this website. These cookies will be stored in your browser only with your consent. You also have the option to opt-out of these cookies. But opting out of some of these cookies may affect your browsing experience.
Necessary Always Enabled
Necessary cookies are absolutely essential for the website to function properly. This category only includes cookies that ensures basic functionalities and security features of the website. These cookies do not store any personal information.
Non-necessary
Any cookies that may not be particularly necessary for the website to function and is used specifically to collect user personal data via analytics, ads, other embedded contents are termed as non-necessary cookies. It is mandatory to procure user consent prior to running these cookies on your website.
SAVE & ACCEPT